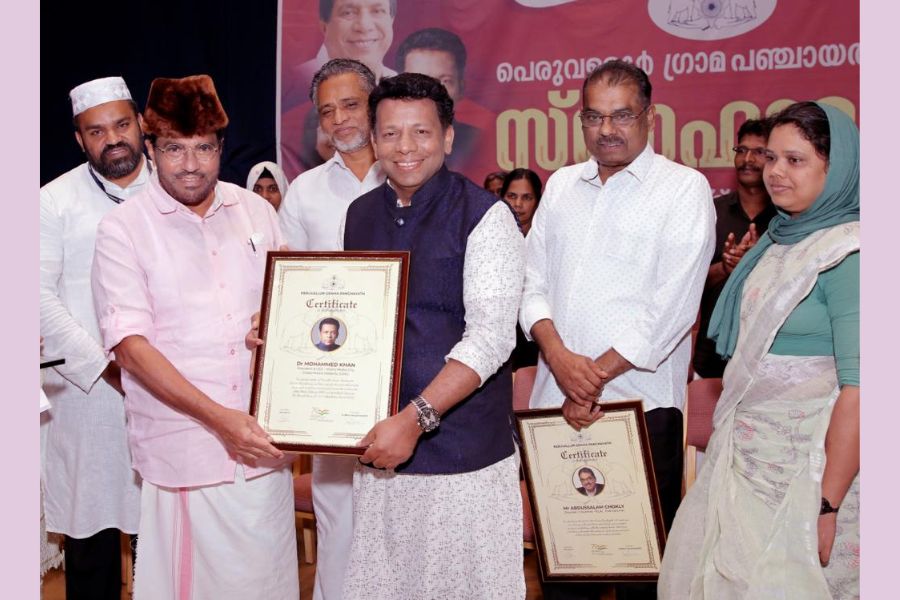 September 2: It was another milestone of the Global Media Celebrity Dr. Mohammad Khan’s life, when he was awarded and felicitated by the people of Peruvallur Grama Panchayat, his native place in Kerala state, while he was returning back to home after recieving the prestigious Bharataratna Dr. APJ Abdul Kalam Award, 2022. While receiving the award, Dr. Khan said, “It is a matter of great honor and pride to receive appreciation and certificates from the great orator and Member of Parliament Dr. Abdussamad Samadani and Sri Hameed Master MLA, Panchayath President Sri Abdul Kalam Master, Aalipatta Jameela District Panchayath in the presence of dignitaries like Abdul Salam Chokly, Chairman of TELAL Group, UAE and Dr. Jabir Hudawi, the Representative of India Govt. to the revered Hajj Committee of KSA.”

He also added that, “I have received several global awards and recognitions during the past two decades, including the Olympic Media Gold Medal, UAE Government Royal Appreciation, Pravasi Ratna Award, “Bharat Mahan” Award etc. but the award that I have received now from my own people at my Village have taken me to the pinnacle of the great happiness and pride.”

The function was held at Sophia Launch, Peruvallur near Calicut Airport and was witnessed by thousands of people, including business students.