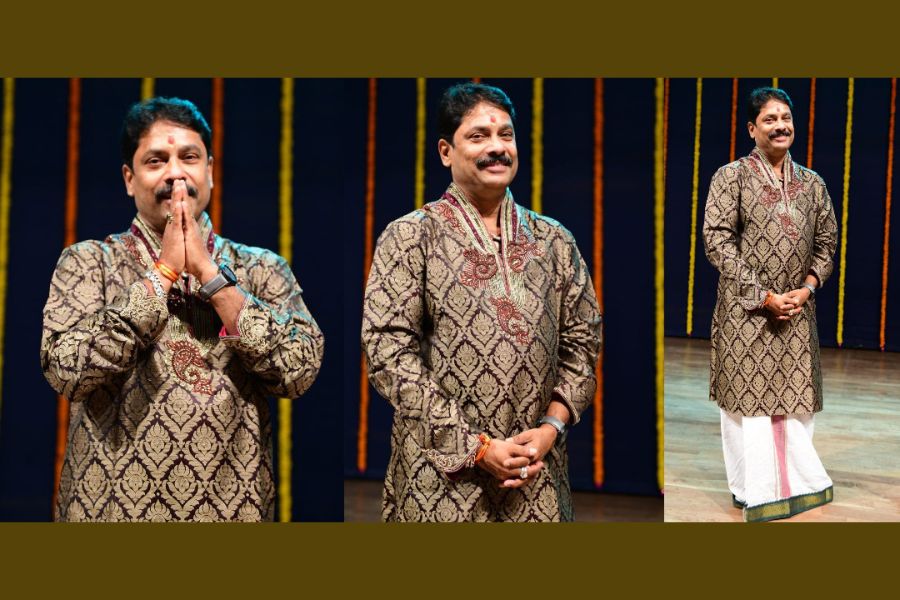 August 3: In today’s world, Music has expanded its roots in different forms, and it has evolved itself into different styles. Indian Mythology mentioned that music was first born in India in the form of Indian Classical Music, which is still treasured by many Indian artists, and Sivaprasad NN is one of them. Born in a musician family in Kerala, he gained knowledge of the “Sopanam” style of music from his father, Shri V. N. Narayanan Namboodiri, and was also trained in Classical Music- Carnatic Vocal style by Shri K. M. Krishnan under the “Guru-Shishya Parampara”.

Discipline in Classical music made him elite in this field. Sivaprasad NN is a renowned artist and has been part of the main vocalists for many Studio Recordings for Dance Ballets in different styles of Bharatanatyam, Mohiniattam, Kuchipudi, and Kathakali dance forms. He has also been honoured in many National and International music assemblies. He is a very admired person in the classical music and dance fraternity, where he has gained this position with all this hard work. He truly has a voice that will mesmerize people’s minds.

Sivaprasad NN has performed not only in India but also taken his music across borders like the USA, Europe, Australia and many other countries. He has a dream to showcase Indian music in front of the whole world. He has presented some praiseworthy performances in many corporate events, government events, and dance shows, by which he is recognized and gained numerous achievements.

Sivaprasad NN expresses that Indian Classical music is like a deep ocean; there is a lot which is to be explored. Where he believes that it is important to inherit the knowledge of classical musicians in the next generation by which we can ensure the future of Indian classical music. For which he actively takes steps and guides the youth. He is the Founder & Director of “The Shrutilaya Fine Arts” academy based in Mumbai, where he supports these young talents to promote, preserve and propagate Indian Classical Music and Dance.

He provides the youth with a platform to showcase their talent in Indian Classical Dance or Music, both Vocal and Instrumental in India and abroad. Everyone can be part of this journey by joining him and exploring the magic within.

#lifestyle
Previous Post
Studying in Canada is not just a mere dream; turn it into a reality with Rohan Rawat!
Next Post
Clutch Recognizes OpenTeQ Technologies among Arizona’s Top Software Developers for 2022