Kumar Vishwas, renowed poet and preacher to mesmerize the people of Surat with his unique Ram Katha ‘Apne Apne Ram’ 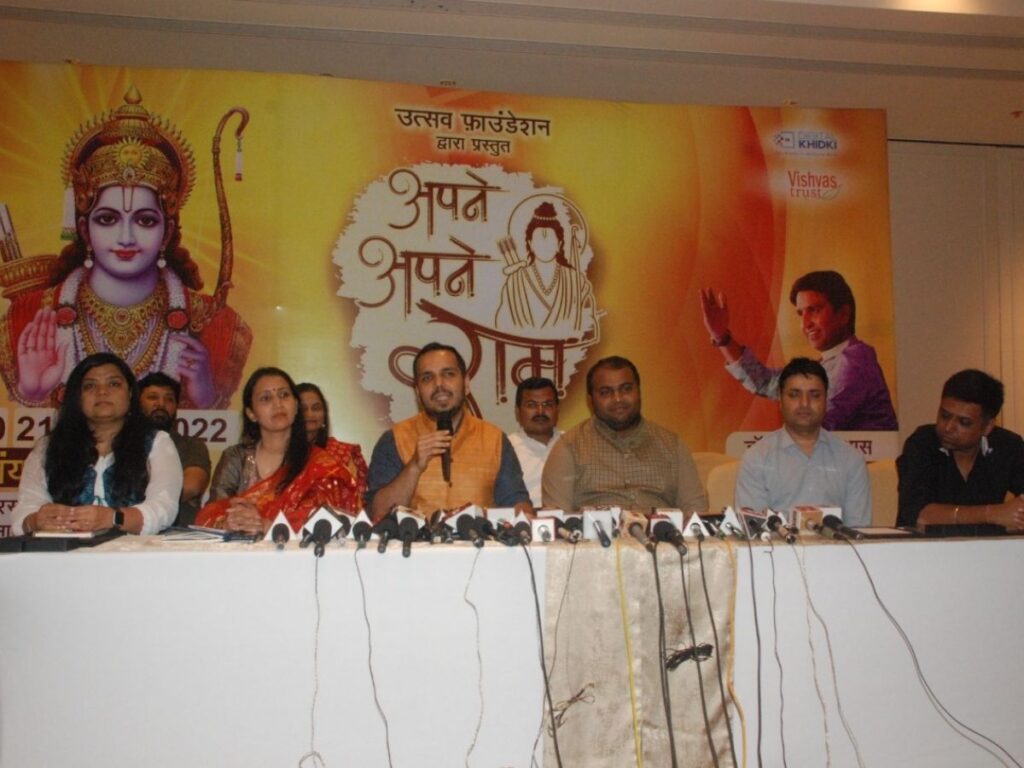 Surat (Gujarat) [India]: Kumar Vishwas, a renowned poet, and former Aam Aadmi Party (AAP) leader will fascinate the people of Surat for the first time with his unique Ram Katha ‘Apne Apne Ram’ on the life and characters of Lord Rama.

Vishwas’s Apne Apne Ram, a two-day-long power packed motivational, cultural, and social session on the life and characters of the story of Lord Rama, has been organised by the Surat-based Utsav Foundation at the Exhibition ground opposite the Veer Narmad South Gujarat University on the Udhna-Magdalla road starting from May 20.

For the first time, the Utsav Foundation has set up a replica of the huge Ram Temple in Ayodhya on the Exhibition ground of the VNSGU. The idea is to provide a first-hand experience of Lord Rama’s life while seated in the precincts of Ram Janmabhoomi Tirthsthal in Ayodhya.

Apne Apne Ram is a music-backed soulful presentation by Kumar Vishwas along with 24 musicians and lyricists that interests people of all ages and religions. The theme of the sessions is learning life skills, social skills, and governance skills through the life and characters of the story of Lord Rama.

“A huge Ram Temple is being constructed in Ayodhya, the birthplace of Lord Rama, and our goal behind organising Apne Apne Ram energy session is to spread the word on Lord Rama and his life,” said Hari Arora, a chartered accountant. We made a model of the Ram Temple being built in Ayodhya on the VNSGU exhibition grounds to give the audience a real-life experience while listening to the energy session on Lord Rama.”

“We urge the people of Surat to congregate on the exhibition ground in the evening for two days for life-changing workshops on the narrative of Lord Rama,” said Prakash Dhoriyani of Utsav Foundation. Apne Apne Ram by Kumar Vishwas is a free event in which anyone can engage with their family in soulful sessions.”