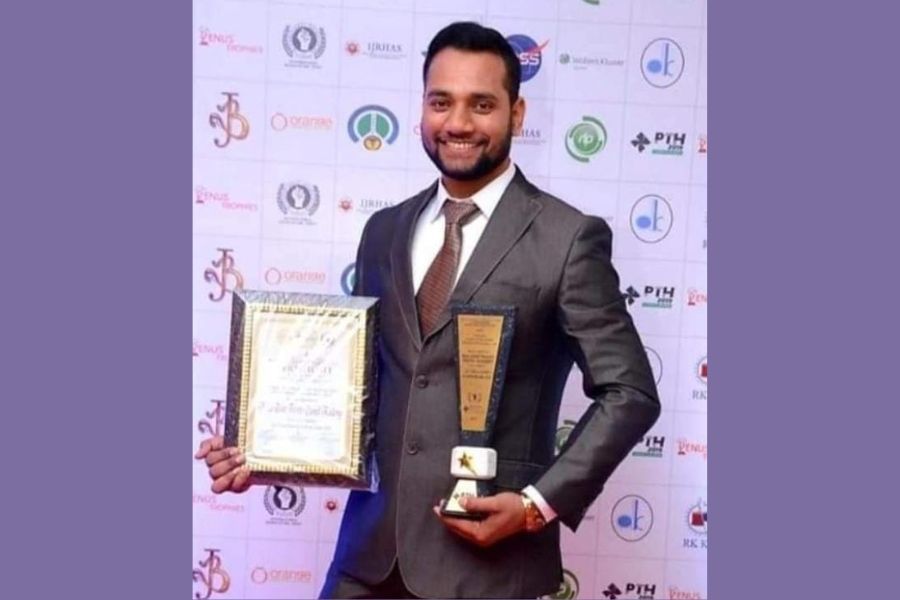 October 3: The film Ajay Wardhan, based on the life journey of Dr. Ajay Aryan, is going to be released on November 4. Romil Chaudhary and Priya Sharma will be seen in the lead roles of the film. Apart from them, Bollywood actors like Girish Thapar, Arjumman Mughal, Ruslaan Mumtaz, Aishwarya Raj Bhakuni, Rashiprabha Sandeepani are also involved in the film.

Let us tell you that the film has been directed by Dr Pragati Agarwal. While the supervision direction of the film has been done by Bollywood’s veteran director Dushyant Pratap Singh. Under the banner of Dushyant Corporation, this film is being released all over India on 4th November.

In a media interaction, Dr. Ajay Aryan said that all the actors have performed well in the film Ajay Wardhan. He expressed confidence that the audience will get a real experience after watching the film. This film is the struggle story of a common man.

Dr. Ajay Aryan told that his childhood passed through very difficult paths. His father died when Dr Ajay was only 8-9 years old. In such a situation, due to the conditions of the family, he did so many minor jobs from grazing sheep and goats in the village to work in small shops of villages. Despite all these circumstances, reaching to the goal will instill confidence in people after watching the film Ajay Wardhan.

If you have any objection to this press release content, kindly contact pr.error.rectification[at]gmail.com to notify us. We will respond and rectify the situation in the next 24 hours.